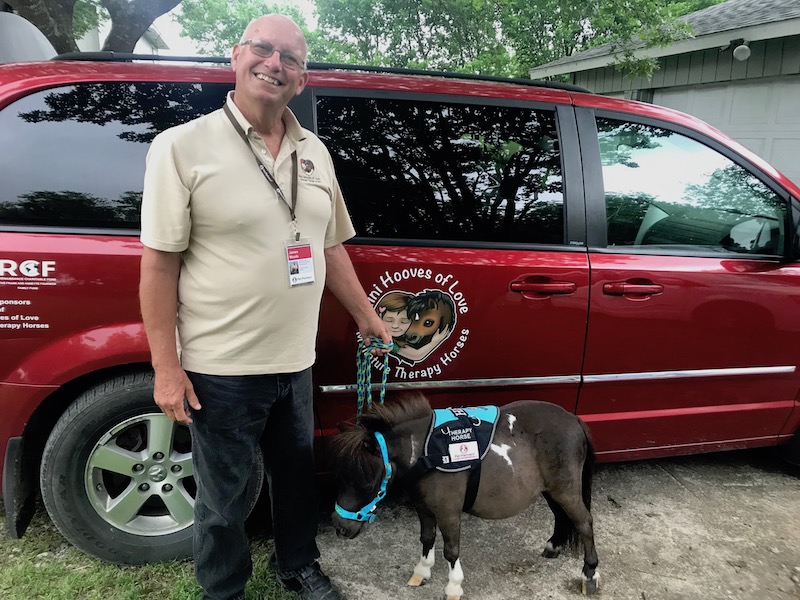 Until 2006 I had not been around horses since 1968. In ’68 I went horseback riding with church friends. The event lasted for about an hour and then I was back to being a city boy.

In 2006 my wife Linda and I were talking about doing something together so we would no longer be couch potatoes. She came up with the idea that she was going to buy a horse. I tried desperately to talk her out of that idea, but to no avail. I finally realized that when she has a horse, she will spend more time with it than with me. I lamely said that if she was set on getting a horse, then I wanted a horse also. I placed some seemingly impossible qualifiers for me to be a horseman, but they didn’t work. So, in August 2006, we became the owners of not two, but three weanling quarter horses. Remember my history with horses. I had no clue. Many nights of reading, a couple workshops and some riding lessons put me in position to be a horseman and even a horse trainer. I was baptized with fire, spent many hours at the emergency care facility (came to be on a first name basis with the staff), lost a lot of weight and broke three horses to the halter.

After a very scary event with her horse, Linda decided that big horses were not as much fun as she had remembered. She decided that miniature horses were better suited to fulfill her horse needs.  Long story shortened. We bought three minis and fell in love. We would become trainers, showmen, breeders and happy. We would eventually reach a total of eleven minis. Then everything changed.

On a whim we visited a care center for the elderly close to a show arena. The joy we saw and felt was undeniable. The horse shows continued for a couple more years, but we weren’t as enthused as we had been. Another adventure was pulling strongly at our heart strings. In 2011 Mini Hooves of Love was formed. As they say the rest is history.

I spend most of my time doing something horse related. When I can escape from all the tasks, I enjoy wood working in my shop. If it isn’t wood working, then it is designing and building metal objects to be used around the ranch.

When asked about my favorite horse I will stumble for words and finally choose Monarch. Monarch is the alpha. He is the best, has experienced just about everything kids can do to him and quietly warmed the hearts of thousands. Don’t get me wrong, I love every horse individually because of their unique qualities and character.

I enjoy teaching volunteers and those desiring to become handlers how to safely interact with the minis. Also, what qualities are needed to start and operate a visiting program. Mainly I receive the most joy by enriching the lives of those who are struggling emotionally or physically. 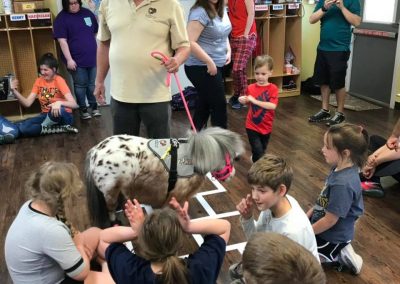 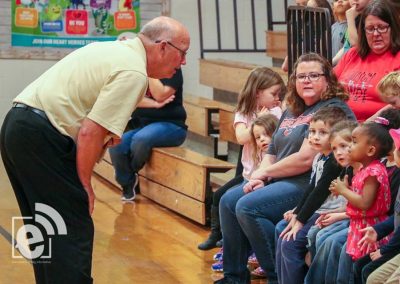 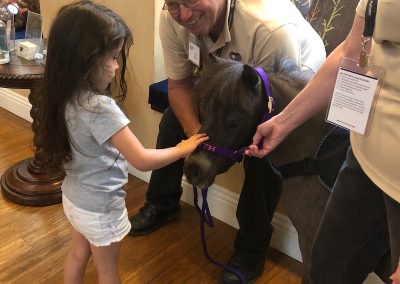 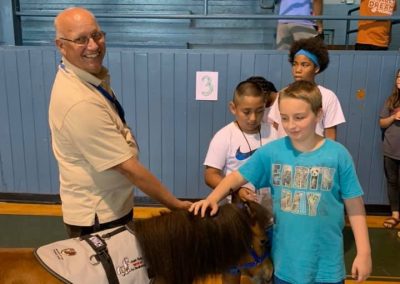 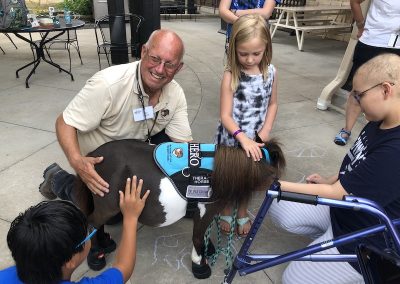