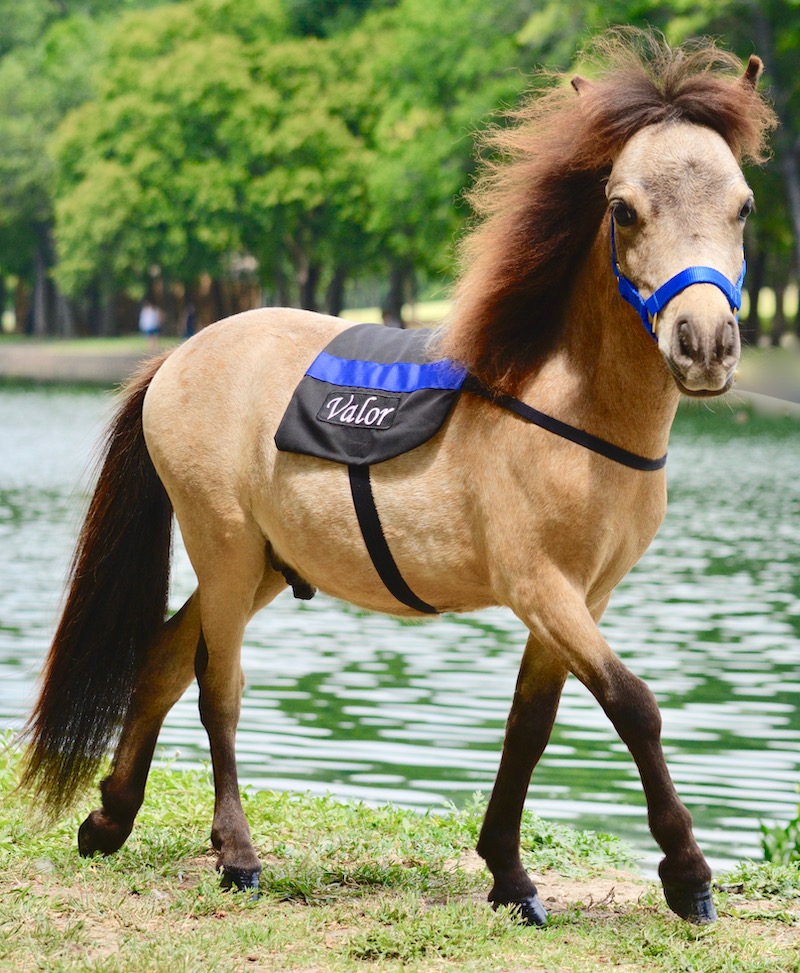 Valor is a spunky little one but is also very gentle and loving. While he will always be small he has a very big role to play in the therapy world. Valor gained his name to honor all First Responders – police, fire, EMS, and dispatchers. He is named in honor of Officer Ken Tietjen, of the Port Arthur Police Department, who was killed on 9/11. Office Tietjen had already evacuated people from the north tower before going to the south tower where upon entering it immediately fell. Valor became an internet viral sensation as a foal when his breeder made a video of him playing with their dog.

He loves the Walk With Me program and is a very loved and active member of the #FabFive of MHOL. He passed his Pet Partners testing at a year old in the summer of 2019 with a complex rating. 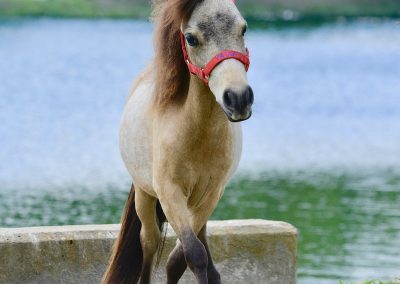 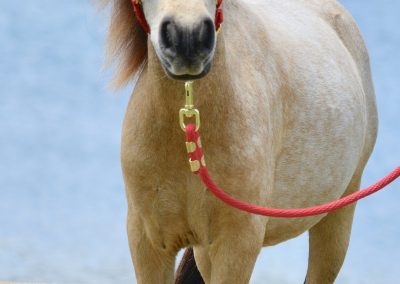 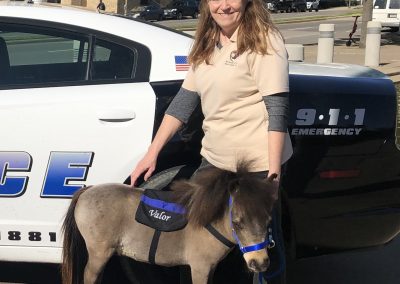 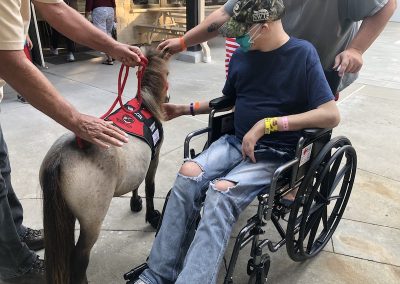 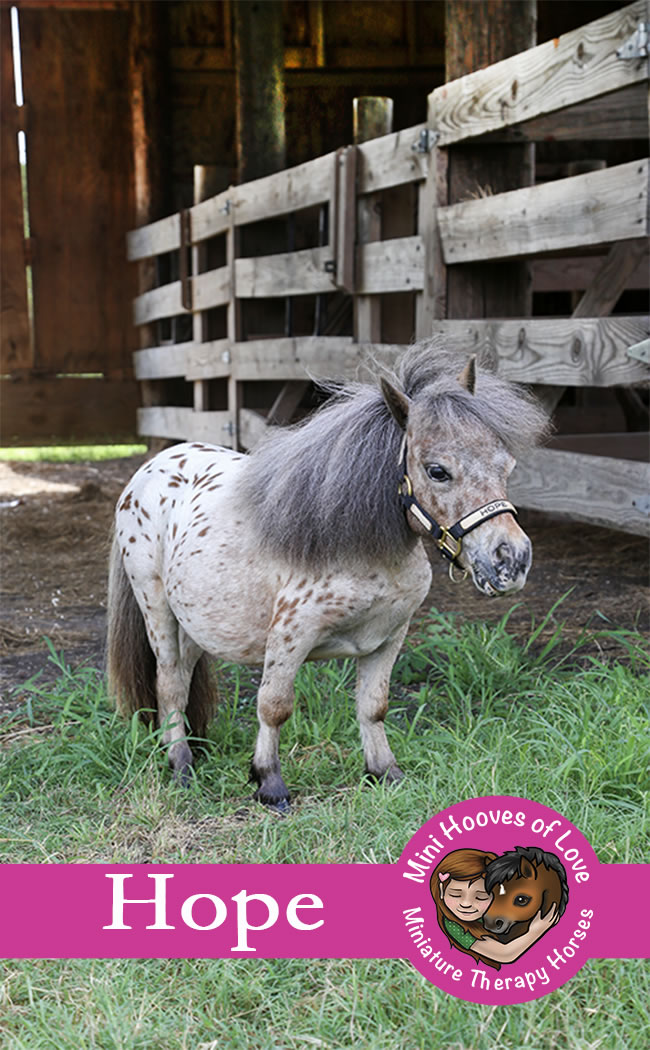 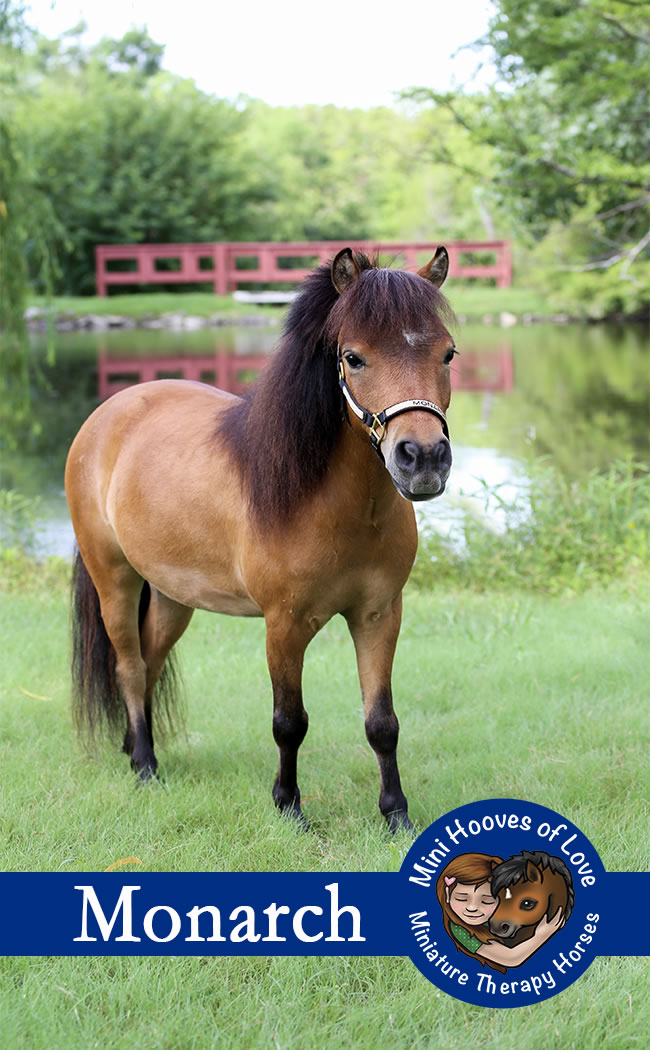 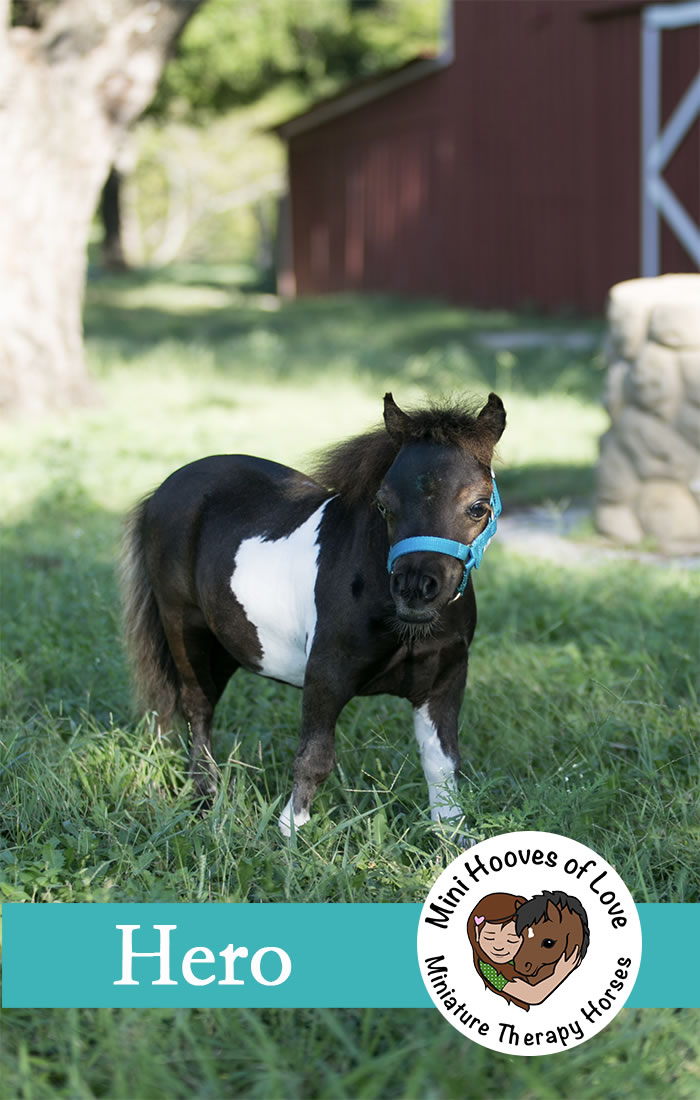 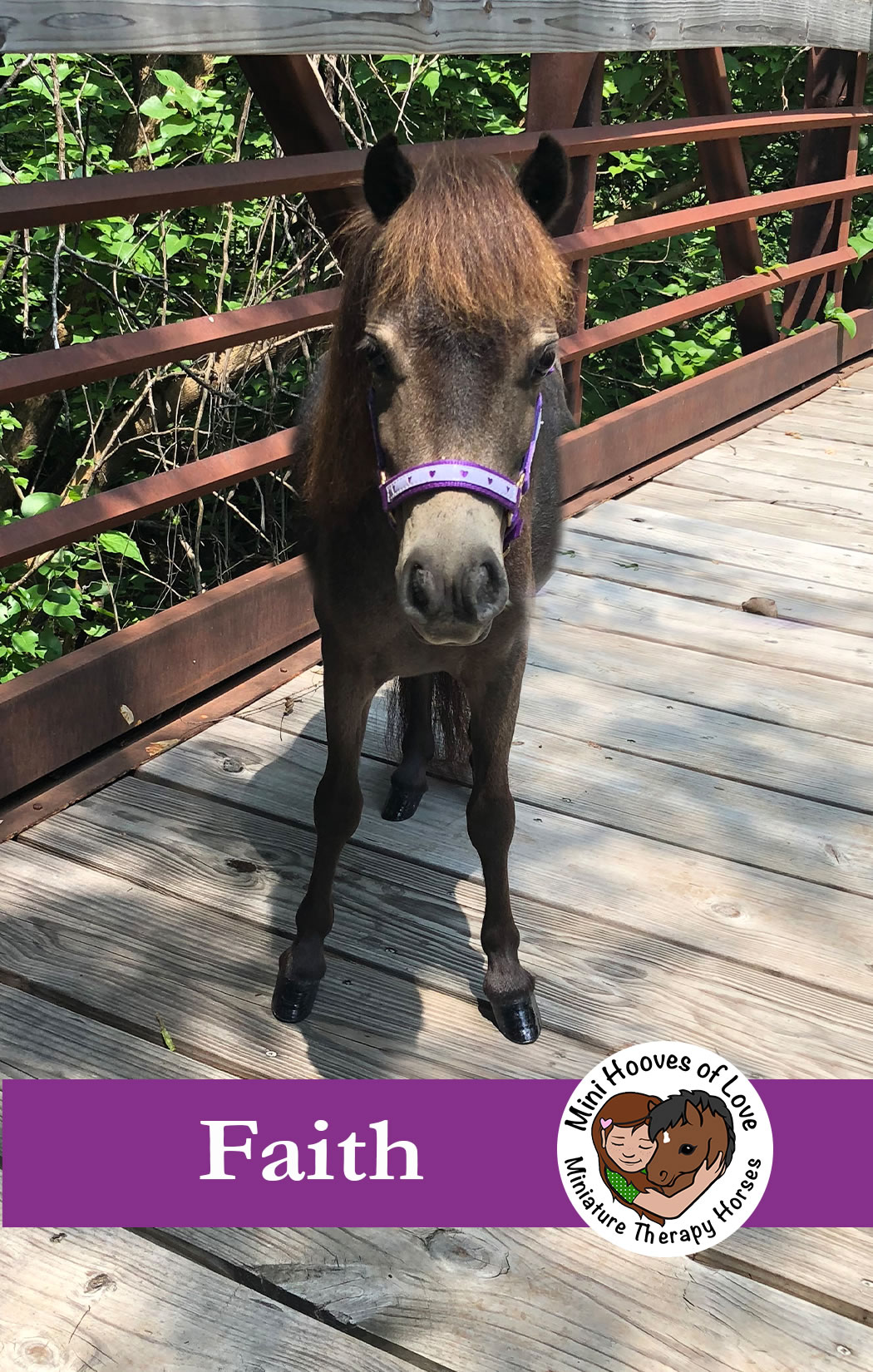